I have had the good fortune to find something of a second home in Milan. It’s not a place I would ever have imagined I would become familiar with or spend so much time in, but life is wonderful like that. That peculiar Milanese man I first met out of the front of a Melbourne travel adventure store for a morning coffee date would become the catalyst for what I’m sure will be a lifelong attachment to Italy, and to this city. Our curly-haired, gesticulating almost 6-year-old boy has ensured this.

Travelling back to Italy to see Nonna, Nonna Bis (great-grandmother) and Zio L (Uncle L) has been the highlight of this strange year of life accelerating back to a busier pace than what was pre-covid. I wouldn’t have thought we could be any busier than we were when the world came to a grinding halt in 2020, and it’s felt frustrating and at odds with any lessons we might have learnt in the lockdown times. Expectations of us – employees, parents, kids – are high, and yet sickness is rife with all the re-socialising and the wanting to forget; pressing on despite illness and ‘doing’, as though the last three years can be erased if we busy ourselves enough.

Arriving in Italy with the lingering cough of our Melbourne-winter colds, skin dull from remote work and lives led mostly indoors, and too much luggage from a travel savvy long forgotten, Milan was to be our salve.

We arrived at the break of a new day, the humidity already present when we exited Malpensa airport with ‘Ambrogio’, the driver sent to collect us whenever we’ve come to visit Nonna. Milan is not a city for the faint of driver hearts and ‘Ambrogio’ is always a welcoming presence, having watched G grow from an infant.

She delighted in conversing with him in her gentle way, as she sped down the strada statale at a speed that any law-abiding Australian would shudder at. (Side note: Ambrogio is the name of the driver in the popular Ferrero Rocher ad from the 90s, which has since spawned a few parodies … I like this Napoli version. I also discovered a little too late that Ambrogio was not the actual name of our driver …).

Arriving on a Saturday meant we made it to Nonna’s in record time and, after a brief moment to drop our bags and hug and take stock of each other in the Milanese morning light, we did as we have always done, and walked down to our favourite spot for coffee, Gogol & Company.

Situated in Piazza Enrico Berlinguer, named after the popular leader of the Italian Communist Party during a turbulent political period for Italy during the 1970s, Gogol & Company is well placed as a bookshop cafe, with a communal and co-working vibe that speaks to its location. It’s also an ode to the Milan that is much like Berlin – creative, bohemian and boundary-breaking. Inside there are cosy leather couches, carefully curated book selections in every genre and spaces to work, or to just sit with a laptop and look cool.

We sat in our usual spot outside in a covered area within the square. From here we can see the comings and goings of the bookshop, as well as feel part of the life of the piazza. It is a more serene part of Milan and very much residential, the beautifully tucked away San Cristoforo gothic church and Naviglio Grande canal only a moment away. D greeted the owner, reminding him we are the ‘Australians’ who come every year, although we haven’t been for the last four. He was affable and hearty in a gruff-hipster kind of way, and I remember that this is the man my Italian tutor back in Melbourne had a crush on, so I took a sneaky photo for her.

Our variously-flavoured brioche and coffees arrived in quick Milano time, thankfully without the implication that we down our coffees and go, as is the deal in bars here. Gogol is a place where you are welcome to linger, hang out and talk politics or minchiata (‘BS’). What I feel sitting here is that sudden rush of my arrival in Italy, as I always do. It was even more pronounced this time, given that for a time we felt we might never get back here. As I sipped the coffee, I breathed out the stagnant, plane air from my lungs and let the tension melt. I began to take stock of where I actually was, how people were dressed (casually elegant, although I did spot more Birkenstocks on feet and this made me happy) and the families meeting in the square for Saturday rendezvous and idle chats. Life here, even in the commercial heart of Italy, was communal and shared, and it was joyful to witness.

We had our own rendezvous when D’s childhood friend Massimo joined us moments later with his new girlfriend (I have met a few now). I’m ashamed to say, I had felt brief irritation when D mentioned he was stopping by, as he ‘couldn’t wait to see us’. We hadn’t yet had much time with Nonna. I had to quickly remind myself this was Italy, land of impromptu socialising, as I was witnessing in the piazza and which, I came to realise, I had sorely missed. In fact, the next few days would emphasise just how lonely my Melbourne life had begun to feel, as we reconnected with family and friends in Milan and I found myself randomly chatting with strangers.

Massimo and his girlfriend brought an air of quintessential Milan to our table. He is a boutique gym owner and she is his gorgeous and significantly younger fiancée-to-be (I hope you come good on that one, Massimo) – arriving in style on his vintage motorbike. That air didn’t determine much though, their smiles, warmth and genuine interest lighting me up and reminding me what it was to sit in the sunshine on a Saturday morning and delight in spontaneity and connection.

I was so happy to be within this group – Nonna, D, G, Massimo and his girlfriend – and to be here at Gogol, in Milan, in Italy. Second coffees were ordered and we settled in for a while. It was a beautiful start to our time in Italy, as it always had been and I hope will be when we return to Gogol on the next first day. 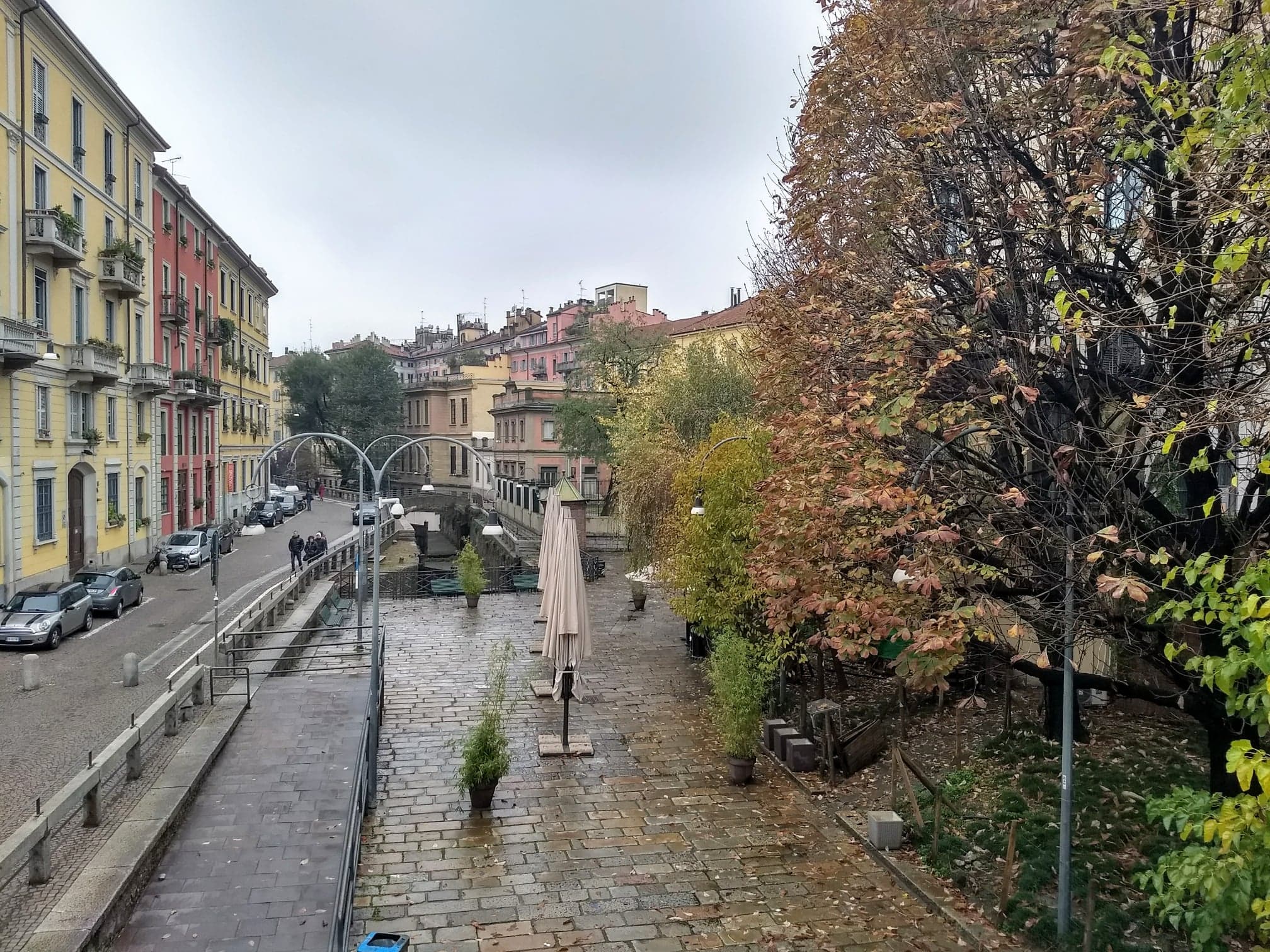